Does your Xbox One Turn Off By Itself? When you start the Xbox, it works for a few seconds and then randomly shuts down. Don’t worry, we have given here solution on how to fix this problem. Sometimes, the Xbox also shuts down when loading a game. So let’s look at some of the DIY fixes you can do right now.

How to Fix the Xbox One Turn Off By Itself

Lest proceed with some of the possible causes and fixes for Xbox One randomly turns off. 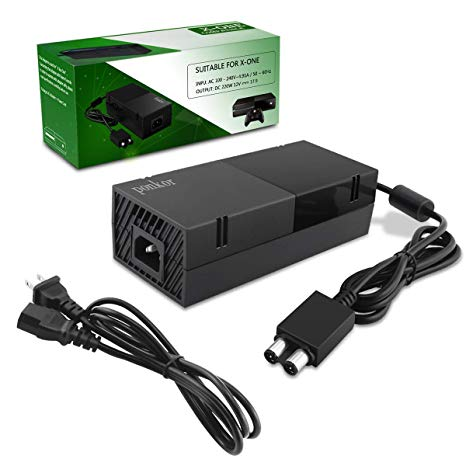 Fix#2: Xbox One/Xbox One S Overheats due to poor ventilation

Are you seeing the message that your Xbox One/Xbox One S is not getting proper Ventilation and your Xbox one overheats? then you can do the below steps to fix this issue.

Hopefully now the Xbox will not over heat and the problem of Xbox One Turn Off By Itself is solved. f yu are still getting the issue then proceed to the next step.

Fix#3: A component on top of the Xbox is causing it to overheat Issue

Have you kept anything on top of the Xbox One/Xbox One S? Then that causes the blockage of air vent which in turn overheat the Xbox, since the fan inside will be unable to expel the hot air and hence heat will not dissipate and makes the Xbox hot. Also depending on the type of Xbox you have, sometimes the fan will expel air through the back of the console. So, be sure to remove any component behind it that might be blocking the passage of air. Keep the Xbox in some relatively open areas and do not keep it in a tightly enclosed area. Make sure there is some gap between Xbox and other components such as Blu Ray player, Modem box etc. Hope that it will solve the problem. Is it still turning ff randomly? Let’s proceed to the next solution.

Overtime the dust will build up on the Internal Heat Fan of the Xbox which causes it to overheat and hence making it to shut down. Dust particles, lint, dog r cat hair can get stuck inside which makes the revolving of fan hard or fan s unable to spin at all. Hence it will not be able to expel the hot air from inside the console there by causing overheating issues. 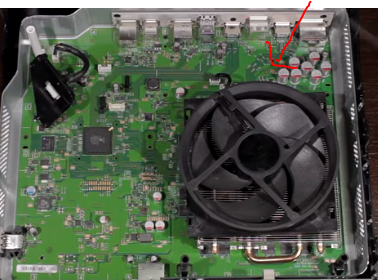 You can use some equipment like Dust-Of or “Air in A Can” and use it to blow air into the vents of the Xbox. It will help in removing any dust particles inside the console and thereby removing any blockage to air circulation. If even after doing this, Xbox overheats, then you need to put the mechanics Hat and take apart the Xbox. After taking the Xbox apart, clean the hot air fan and vent and remove all the dust and hair particles. You can use Dust-Off or a similar anti static dust remover to clean the Xbox One S inside parts such as fan, air vents etc to allow hot air to be expelled. Be extremely careful when doing this. Try to avoid touching the internal parts o Xbox as it still might have some static electricity in there.

After all the cleaning and checking all the connections, you are still facing the Xbox One turns off by itself, then issue might be due to fault Internal fan of Xbox or the fan has a lose connection issue. If this is the issue, then you have to dismantle the Xbox and then take out the fan and inspect it. After all the troubleshooting, you find that Fan is damaged or faulty, then replace it.

First of all, be very careful when you are taking apart the Xbox. Use extreme caution while doing this as there might still be some left over static electricity in the internal parts. Tr to avoid touching internal parts with bare hands. Wear some protective gloves if possible or use a static wrist band. Now take out the internal fan and replace it with the new one. Install the new fan properly. Clean each part of the Xbox using “Air In a Can” or similar blowing air equipment to remove any dust, debris or hair particles. Hopefully now the issue will be solved.

READ  PS4 Randomly Turns Off - How to Fix It? [SOLVED] - ErrorFixIt

Check out the video below on how to take apart the Xbox and clean its parts.

If the issue still persists then there might be some other parts or software issue. You can try resetting the Xbox One/ Xbox One S. Make sure that you update the software to the latest one.

If your Xbox is connected to Via wireless, then it is also best practice to check the router. Sometimes the power saving setting on the router can cause the Xbox One turns off by itself. You can also check our article on how to fix scratched discs if you have issues while playing the game.

We hope that the above solution helps you in solving the issues. Please comment with your suggestions and questions.